Messing around with a filter app

Though I am a declared refuser of photo filtering software and Instagram-style pimped up pictures, I obviously did a nice job here with Snapseed.

Impressively expressive, maybe too much FX?

Recently I looked at some old photos of my first visit to Moscow. It was a school trip in 1978.

There is one blurred shot of myself in front of “Gastronom No. 1” on Gorkiy Street (today: Tverskaya Street) and a group photo at Gorki Leninskiye – former Soviet leader Lenin’s country estate. I think it was the place where he died in 1924. In his garage we were shown his Rolls Royce car which felt strange to me because my idea of a communist leader didn’t want to match up with a capitalist luxury car. That was my somewhat naive belief at that time.

Back to my Moscow photos: The rest were standard views of Kremlin, Red Square and Lomonossov University – generic shots taken during a city tour as you will find them everywhere. I had no clue of photography and my camera was a plastic box with a fix focus lens and a button. Cameras were analog with a film then and color prints were expensive, so all my first Moscow photos are black and white prints.

Later I came more or less regularly and in 1996 I relocated to Moscow as an expat and stayed there for full 13 years. During this period I produced several thousands of (mostly digital) photos, but again, most of them have all these generic tourist views: Saint Basil’s Cathedral before, during and after renovation, in the morning and in the evening, at summer and at winter, views from Red Square and Vassilievskiy Spusk and so on. With every new camera or lens it started all over again. You may ask yourself what my point is here. It is about changing perspectives and standpoints, neighborhoods and environments.

The camera I used here was a compact 24 mm fixed-lens Leica X1.

At some moment I understood for myself that it can be much more creative to hold my camera into less spectacular directions, away from commonly-known standard points of interest. That’s what I did on my last short visit to the city. So when I look at the small gallery linked to this post I am close to get lyrical about the artless aesthetics of a 24-storey concrete panel building at the edge of Moscow. Even if I doubt that I would want to live in one of them. Perhaps, part of the photos’ appeal come from the analog finish I added using Snapseed and giving it also a bit of an HDR effect. Not sure this will change my overall aversion against filter effect software, but for this time it seems to have worked.

Changed perspectives and shootings “backstage” in an urban environment instead will remain one of my preferred creative approaches. 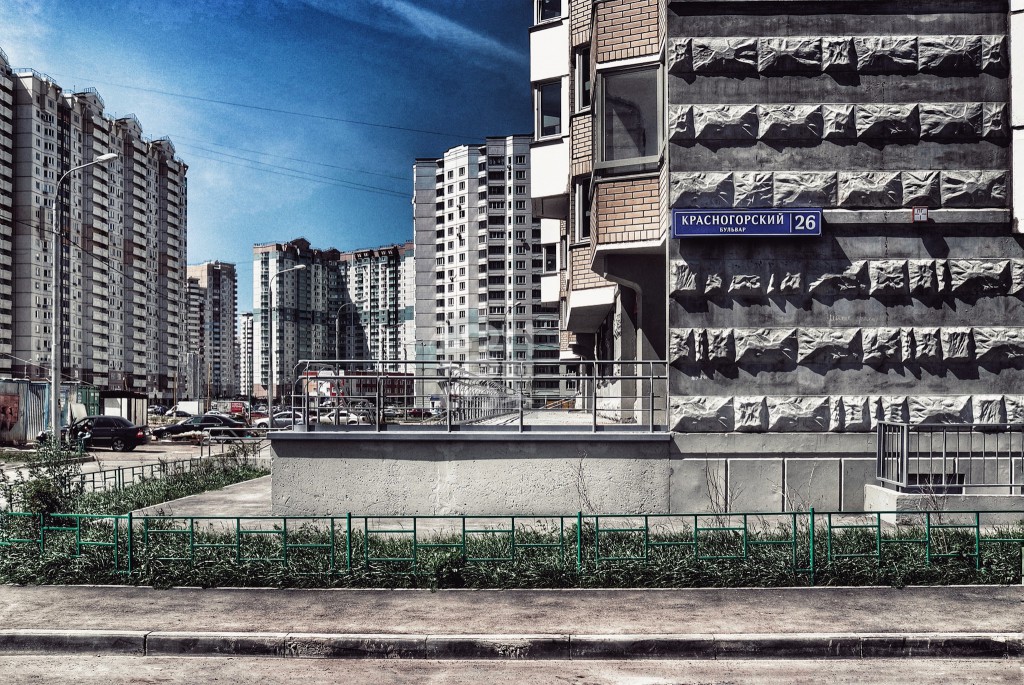 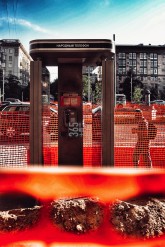 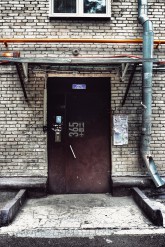 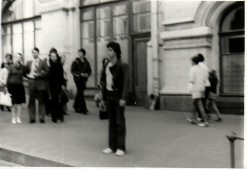