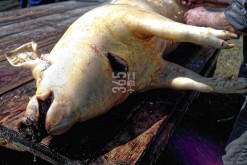 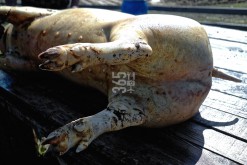 Slaughtered pig on a wooden slaughterbank 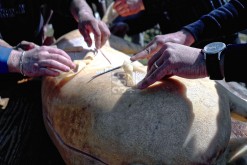 One can make shoe leather out of it or one can eat it. When it comes to the latter then, obviously, you are on a pig slaughter party called “Pomana porcului” and you are eating “Sorici”, the raw skin of a recently slaughtered pig.

One can make shoe leather out of it or one can eat it.

It takes the butchers almost one hour from killing the beast until its body is cleaned from filth and bristles. Then comes the moment folks were waiting for. The call “Come to the sorici” which gives start to shredding the pig’s skin into pieces and the pieces into bite-sized rolls. Even children eat it and I see them doing it with enjoyment. They take their knives and cut pieces as big as an A4 sheet to eat them up in seconds with a pinch of salt and a smile. I tried once and I couldn’t even chew the stuff, not to mention the almost lethal dose of plum brandy it needed to help me swallow it. Definitely not my thing! 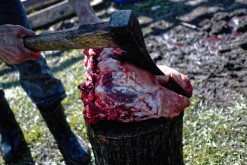 A pig’s head being cut with an ax 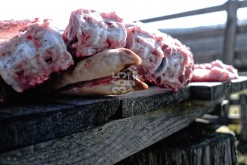 Cuts of meat from a freshly slaughtered pig 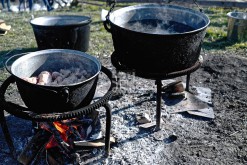 Once the pig’s skin is eaten up, the butcher guys continue their work. That, basically, means they cut the body into more or less even pieces of pork and they do not bother much about niceties like cutlets, tenderloins and spare ribs, it all looks the same when they are finished. Only innards, tongue and head are treated in a more special way. Part of

They do not bother much about niceties like cutlets.

the fresh pork will be stewed immediately (for whatever dish) in cast iron boilers on an open fireplace. Another part goes onto the BBQ grill for the party guests and I feel a real pleasure having later biologically fresh pork from the grill which by far does not compare to what you would ever buy in a shop. Sort of a weird feeling, though, as you’ve seen it alive just a couple of hours ago. Yet another part of the slaughter stuff gets processed into minced meat which they use to make their popular “Carnati” sausages. Most of the stuff, though, is being salted and smoked and gets preserved for later consumption which still is their preferred method of keeping food reserves at home. In this regard, Romanians are pretty well prepared for any kind of unforeseen event. Personally, I do not remember a single Romanian family which would not slaughter at least a pig at Christmas and a lamb at Easter, particularly in rural areas. This is good news for me as a spice-making guy since these are the two best selling seasons here. 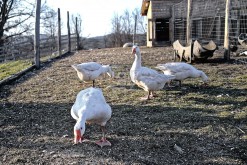 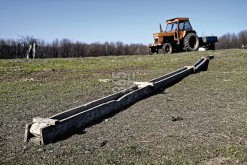 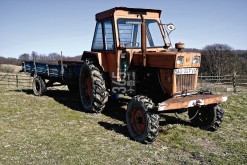