With an improvised Nile cruise on top as a sop

Nothing could better illustrate Egypt’s social contrasts than this one-day breakout from Sharm-el-Sheikh to Cairo.

Would I ever do this day trip again? I am afraid I wouldn’t. But once I did it, I am happy for the insights I got and the photos I can post here (after I “remastered” them one more time in DxO).

I come up with this post years after that visit to Cairo (it was my 2nd one), means with all the knowledge and learnings from what we were used to call the “Arab Spring”. After they brought down Egypt’s former leader Mubarak whom’s counterfeit wasn’t missing at any street corner then. After a whole region, from North Africa to the Middle East sunk in war and chaos. And after Europe begun to be invaded by millions of refugees, asylum seekers and just migrants from these areas. 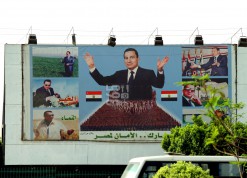 Actually, we were on a 10 days beach holiday on Sinai and had no intention to see anything else. However, after some 4-5 days we got bored about just sunning and snorkeling. So we bought the tickets for the next day’s guided tour to Cairo.

As we got booked on an early plane, we arrived at the National Museum an hour or so before opening. Tens of visibly armed security forces all over the place as Egypt had seen some bestial terrorist attacks these years and the state undertook serious efforts to make foreign tourists feel safe somehow. A weird feeling though, moreover when I was asked to drop my photo camera into a green plastic bowl which was already filled with another dozen of cameras. Photographing was not allowed inside the museum and so I started my visit with heavy concerns about ever seeing my camera again. At the end I did, after I saw the 11 kg weighting golden mask of Tutankhamen with my own eyes, Pharaoh mummies and lots of interesting stuff which later got destroyed during the 2011 revolution. For some reason I ended the visit with an impression like the Egyptian Museum of Berlin was offering way more interesting things from ancient Egypt. Should Germany have actually stolen so many cultural objects from Egypt? 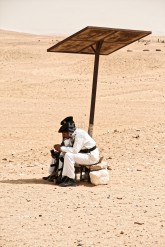 It was amazingly hot when we arrived at the Pyramids of Gizeh, roughly around high-noon, after we spent (lost) around two hours in one of these papyrus manufactures on our way from the museum. (The guides take you there as they are paid a commission on any sale tourists make there. And they literally don’t let the bus go unless you buy something.) Sun vertically from above and a perceived air temperature of near to 50 degrees centigrade made it a torture to walk around, to look and to take pictures in a more or less relaxed way. No kiosk, no water, no refreshments in the area. And while photography beginners are taught not to photograph in the mid-day sun (and here it was Africa) because light is glaring and contrasts are hard, I tried to do my best as it was anyway my only chance to come back home with some pictures of that world-famous location. 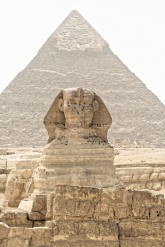 Yet more than by the high sun I felt disturbed by the crowds of tourists who definitely popped up amidst my viewfinder whenever I was about to find the right angle or perspective for a good photo. So I tried an hour or so around the Sphinx to get a picture without folks in it on the background of the Chephren pyramid, a famous postcard view. At the end I managed to get rid of the people but had it full of black doves.

A few years later I shall find myself in a similar bad-luck with another cliche-like photo spot on Washington Street in Brooklyn, New York City.

The lesson learned here is: Don’t try to be a good photographer by copying idealized postcard views, have your own style and perspective and accept unwanted folks or unexpected stuff within the scenery as part of the whole situation your photo should comprise. At least as long as you aren’t doing product or model shootings. Travel photography should still be telling a story after years, too. 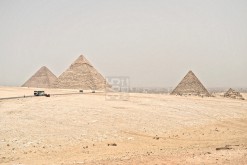 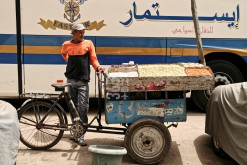 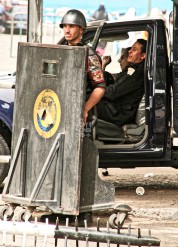 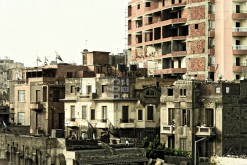